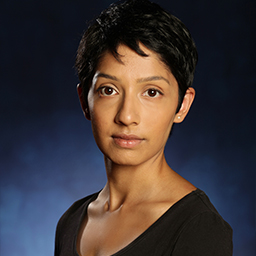 Vaishnavi is an Indian-born, Sydney-based actor. She graduated from the University of Sydney with Bachelor degrees in Arts and Law in 2017, and worked for the US Congress and UN Human Rights Council before coming to NIDA.

Vaishnavi first discovered her love for acting when cast in the role of Wendy in her primary school’s production of Peter Pan.

It was only when she accepted a place in NIDA’s Bachelor of Fine Arts (Acting) degree that Vaishnavi realised she could follow her dreams of sharing stories and creating magic at a professional level.

Alongside acting, Vaishnavi has a fierce passion for Bharatha Natyam (classical Indian dance) and has performed professionally in various venues around Sydney, including the State Theatre.

When she is not being dramatic or arguing about the existence of middle-child-syndrome, Vaishnavi loves to read with a hot cup of tea, watch documentaries on outer space, or feed her wild bird friends. 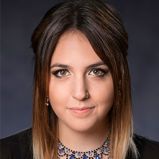 Nicole knew from a very young age that she wanted to pursue a creative career after being exposed to The Phantom of the Opera, Cats and Wicked. These magical worlds mesmerised Nicole with their fairytale-like costumes and over-the-top sets