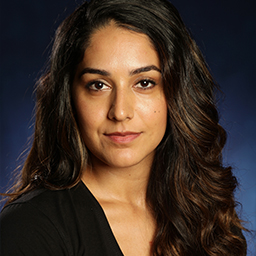 Maryanne was born in Perth, Western Australia, and is of Anglo Indian and Nepalese heritage. As the youngest of six children, she experienced an energetic and adventurous childhood. Growing up, Maryanne developed a passion for movement and dancing, training in martial arts, ballroom, contemporary and jazz. However, it wasn’t until she performed as Fagin in her high school production of the musical Oliver! that she realised the power of transformation and her love of acting soared.

Upon completing her HSC and receiving an award for excellence and outstanding commitment to drama, Maryanne enrolled in an Arts/Commerce double degree at Curtin University. She performed in the Hayman Theatre Company production of Dear Charlotte, as well as performing in, and assisting with producing, several short films.

In 2014, she made the decision to defer her degree and commit to pursuing her creative endeavours by moving to Sydney and finding her independence. She successfully auditioned for NIDA and was offered a place in the 2015 intake.

Maryanne is looking forward to applying her training and experience to contributing to an authentic and diverse representation of stories on stage and screen, both locally and internationally.

Nicole knew from a very young age that she wanted to pursue a creative career after being exposed to The Phantom of the Opera, Cats and Wicked. These magical worlds mesmerised Nicole with their fairytale-like costumes and over-the-top sets