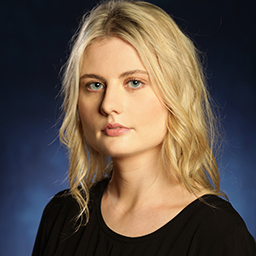 Jasmin grew up in Sydney, where for 15 years she trained in classical ballet, jazz and contemporary dance and undertook acting and singing classes.

Upon graduating from school, Jasmin studied at the Australian Academy of Dramatic Art and performed in a variety of independent theatre productions, including A Land Beyond the River (bAKEHOUSE Theatre), Spring Awakening (Stage Artz Theatre Company), Animal Farm (Australian Theatre for Young People), Cymbeline and Much Ado About Nothing (Bard on the Beach). She went on to study graphic design and worked full time at a studio in Sydney for two years before her acceptance to NIDA.

During her time at NIDA, Jasmin has relished playing a variety of characters in a diverse range of productions. In addition to this study, Jasmin has worked on the music project entitled Linger, in which she is both the writer and vocalist. Her lyrics and vocals gained wide attention online and she continues to collaborate with producers in Australia and America. 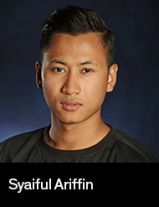 A chemical-process-engineer-turned-actor, Syaiful made a dramatic change from his past education and went on to graduate from Nanyang Academy of Fine Arts with a Bachelor of Arts (Honours) in Theatre Arts.