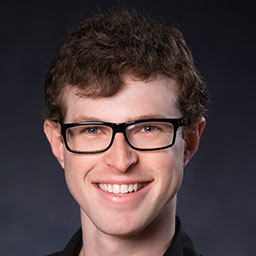 Toby’s interest in theatre may have come later in life, but has since grown exponentially. During his time completing a Bachelor of Socio-Legal Studies at the University of Sydney, he became heavily involved in MUSE – the Sydney University Musical Theatre Ensemble. Finding his feet in backstage work, he gained experience as a producer and stage manager in both musical theatre and university revues.

Toby has been lucky enough to work with some of Australia’s most accomplished directors and theatre makers during his time at NIDA, and is incredibly grateful for the encouragement and support that he has received.

In 2016, Toby has been fortunate enough to gain experience working on several productions across Sydney, including as Stage Manager on The Witches at the Sydney Opera House, and as Associate Lighting Designer on Hurt at the Old 505 Theatre.

He wishes to thank his family, friends and partner for their continued love and support.