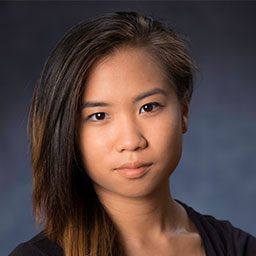 Lillian immersed herself in live performance-making whilst attending the University of Sydney (English and Performance Studies). After joining multiple performing arts societies, a passion was ignited. An interest in stage management grew from a chance step-in while touring a show to the Festival of Student Theatre (FAST) as a producer. During this time, Lillian also stage-managed and produced multiple independent shows in association with the Sydney University Dramatic Society (SUDS), Musical Society (MUSE), Dance Society (MADSOC) and independently for the Sydney Fringe Festival.

Lillian’s love for large-scale acrobatic circus and mainstage theatre lead her to NIDA where she focused on refining her practice as a stage and production manager with the dream of working for Cirque du Soleil. In early 2016, Lillian secured a month-long internship with Cirque du Soleil in Montreal on their 2016 creation, LUZIA, before its premiere.

Lillian has been fortunate to complete secondments with some of Australia’s leading theatre companies including Sydney Theatre Company, Ensemble Theatre and Melbourne Theatre Company. Outside of NIDA, Lillian has worked independently as a Stage Manager for Mardi Gras Party and Performance4A as well as in technical roles for Belvoir St, Seymour Centre and Pinchgut Opera.