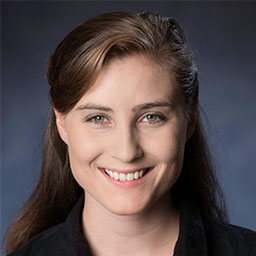 Cecilia has always had a love affair with theatre and music. As a child she would listen to records, perform plays in the stairwell and sing in shopping centres. Her earliest theatre memory is being spellbound by Phantom of the Opera’s ouverture aged five.

Whilst completing a Bachelor of Science/Arts at the University of Sydney she spent her scant spare time performing, stage managing and producing musical theatre, opera and faculty revues. After attaining her degree it became apparent that ignoring the arts would no longer do.

At NIDA her passion has been honed into production and stage management. In addition, Cecilia is interested in theatre exposure for young people and supporting accessible theatre programs.

In her final year Cecilia seconded with STC’s Orlando, OA’s Turandot and Belvoir’s Twelfth Night. She was also involved in Gordon Frost’s We Will Rock You and The Book of Mormon auditions. She volunteered for the AACTA awards’ televised ceremony, assisted The Sound of Music in company management and later this year will be the seconding ASM for Pinchgut’s Theodora.

With a third degree under her belt, Cecilia is planning to work in stage management and production management upon graduation – anything with a beautiful score or a moving story to tell.