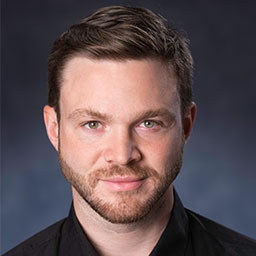 Ash is a Sydney-based, internationally aspiring stage and production manager with a predilection for music-based theatre. Growing up in Sydney’s western suburbs, Ash’s passion for music stemmed from studying double bass and musicianship from a young age. With a clear intent of working in the arts, Ash studied audio engineering after high school, culminating in a Masters of Design Science, majoring in audio and acoustics, from the University of Sydney.

While studying at University of Sydney, Ash found himself devoting more and more of his time and energy towards his theatrical undertakings – directing, composing and musically directing a number of musicals and revues over the years, including the inaugural Best of Usyd Revue at the Sydney Comedy Festival in 2013. After graduating, Ash stumbled across NIDA’s Technical Production and Stage Management course and couldn’t resist turning his passion into his profession.

At NIDA Ash’s interests narrowed into new-found territory, leaning towards stage and production management, while still deriving keen enjoyment working in lighting and sound. He hopes that this broad knowledge base and capability will make him employable as he finally leaves the education system.