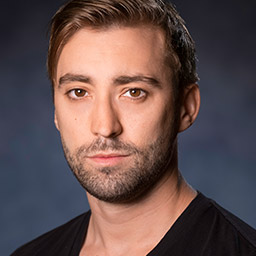 Born in Manchester, UK, Wil along with his family emigrated to Australia and set up camp in rural Victoria. Having limited exposure to the arts, he didn’t begin performing until his final year of high school.

In 2008, three years after leaving high school, Wil was granted the G&E Jones Foundation Scholarship to study the year-long fulltime Certificate III in Theatre & Screen Performance at Melbourne’s National Theatre Drama School. Whilst in Melbourne, he performed in several fringe productions, played many Shakespearean leads including Orsino, Lysander and Macbeth and in 2011 continued his passion for Shakespeare in London when accepted into the Royal Academy of Dramatic Arts ‘Acting Shakespeare’ summer semester.

Upon returning to Australia, Wil performed in Damien Richardson’s Lock-up at the Adelaide Fringe Festival and has been seen on TV in Southern Stars Rush and featuring in several TVCs.

Since graduating from the National Theatre in 2008, Wil auditioned for NIDA every year until, six years later, he finally wore the audition panel down. During his second year at NIDA, Wil received the Hazel Treweek Shakespeare Award for excellence in classical performance.