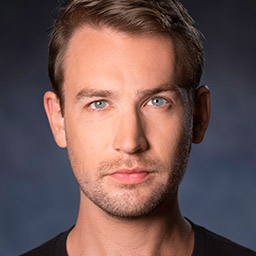 Tom Mesker is an actor and writer from Sydney’s Northern Beaches. Tom’s journey towards acting and telling stories began at a young age, fostered by local theatres and drama schools. Tom went through Mosman High’s drama stream and on completion studied Theatre and Media at CSU Bathurst, performing in and co-creating many theatre projects, honing his craft as an actor/writer/director.

Upon returning to Sydney, Tom’s work as a playwright was swiftly foregrounded and in 2012 he attended ATYP’s National Studio. Tom has since been mentored by playwrights Jane Bodie, Lachlan Philpott and dramaturg Ola Animashawun of London’s Royal Court. In 2013 Tom was a Fresh Ink ATYP mentee and wrote for Griffin Theatre’s 24hour Playwriting Project. Whilst watching NIDA actors perform staged-readings of his work, he knew he wasn’t just a storyteller on the page.

Tom successfully auditioned for NIDA and in his first year was also the inaugural Writer in Residence for ATYP, 2014. Tom currently has a full-length play in development with ATYP. As a writer, his work has been published by Currency Press, appeared on Melbourne and Sydney stages, broadcast on ABC’s Radio National and adapted for film.

Tom believes his experience of expression in acting and writing inform each other and is excited for his new chapter of storytelling across stage, film and television.