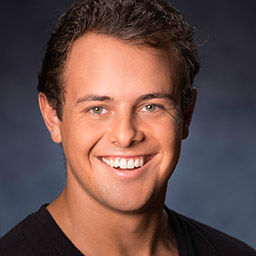 Saxon grew up in a small country town called Leeton. When he came to his mother at the age of eight and told her that he wanted to be an actor, she said: ‘Maybe one day you will go to NIDA’. Well, that stuck. Various productions such as Peter Pan and Grease took him from childhood through to teenage years. However, as there wasn't much opportunity to perform, he decided he had to take the next step.

At the age of 15 he made the decision to leave home to work on his craft. He moved to Wagga Wagga to chase opportunity, and he attended Kooringal High School and performed in multiple plays.

He auditioned for NIDA in 2013 and was successful in achieving his lifelong dream. Whilst at NIDA he has performed in The Roaring Girl, Capricornia, The Olympians and Another Country. After finishing his time at NIDA, Saxon is looking forward to the next chapter on his path to becoming an actor.