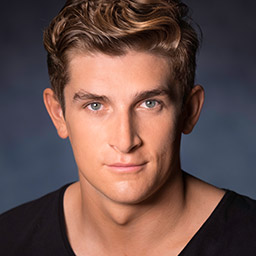 Born and raised in Sydney, Ryan has always had a passion for theatre and performance. Starting at a young age in school productions, he became involved in the Australian Theatre For Young People and was lucky to perform within the Sydney Comedy Festival, under the mentorship of Steen Raskopoulos.

Within months of finishing school, unsure of his future prospects, Ryan, with a keen interest in travel, jumped on a plane for the UK and lived in Cambridge for a year, where he worked, travelled and experienced various cultures throughout Europe. Upon completion of this placement, filled with a passion for theatre and film, he decided to audition for NIDA’s 2014 intake.

Whilst at NIDA, Ryan has had the opportunity to work under the guidance of directors such as Jim Sharman, Craig Ilott and Imara Savage. Now at the end of his training, Ryan is committed to his pursue his passions and is excited for what the future has in store.