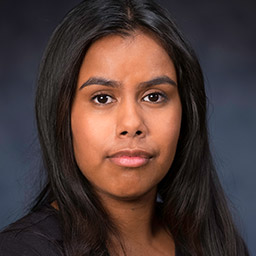 Originally from Mareeba, QLD, Phoebe spent most of her childhood moving through the Northern Territory and Broome, WA. This experience shaped Phoebe’s world view, opening her up to different communities, cultures and ways of living.

It was in Broome that Phoebe began her lifelong love affair with acting. In high school her drama teacher suggested Phoebe apply for Storm the Stage, a nationwide performing arts competition held annually. Phoebe was selected for the WA finalists and went on to perform in Perth.

After graduating high school Phoebe continued to work on her acting. Before enrolling in university Phoebe chose to have a gap year and work on her craft appearing as ‘Anna’ in the short film In the Air and TVC’s through Goolarri Media Enterprises.

After successfully applying for the Aboriginal Theatre course at WAAPA, Phoebe then moved to Perth. During her time studying Aboriginal Theatre, Phoebe had the opportunity to hone her craft performing in various Aboriginal plays and contemporary Aboriginal dances including the role of Wally Stephens in the play Casting Doubts by Maryanne Sam.

She was accepted onto the Bachelor of Fine Arts (Acting) at NIDA and dreams of moving to Paris and studying at the École Philippe Gaulier.