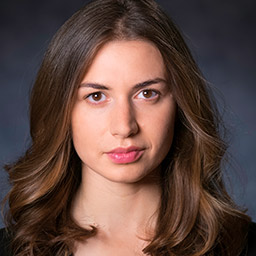 Nadia was born in Adelaide, South Australia. She grew up on the coastline, spending her childhood at the beach. From an early age, her love for film was evident but it wasn't until she grew older that she realised it could become a career.

As a teenager, Nadia began studying drama. While on the books at SA Casting, Nadia was given many opportunities to pursue her film-acting passion in TVC's and training videos. Before being accepted to NIDA she was studying a Bachelor of Arts (Acting and Sociology) at Flinders University. It was during this time that Nadia took part in the sell-out production All My Friends are Leaving Adelaide, receiving acclaim for her performance.

While studying at NIDA, Nadia discovered a talent for aerial work. This lead to her choosing the physical theatre elective as her major. Here she worked closely with theatre company Legs on The Wall  to devise a piece of street theatre for festival touring in 2017. NIDA also provided Nadia with the opportunity to work closely with director Kristine Landon-Smith as a lead actress in Capricornia. This experience uncovered an interest in the Philippe Gaulier acting method.

Since moving to Sydney, Nadia has made the most of her time travelling the south coast and seeing everything Sydney has to offer.