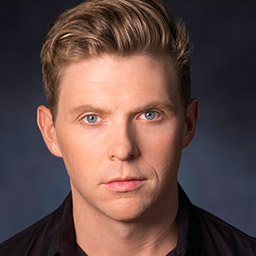 Mark is a born and bred Brisbane boy whose fascination for acting began at a young age. As a teenager, Mark scored principle roles in ABC’s The Wayne Manifesto and Channel 10’s Cybergirl and was chosen to perform live on stage with Michael Jackson in his widely acclaimed History world tour.

On completing high school, Mark became a member of Bindi Irwin’s Crocmen, working extensively on stage and screen throughout Australia and the USA. Alongside Bindi, Mark performed live on The Today Show (USA) and Macy's Thanksgiving Day Parade.

Turning his focus toward musical theatre, Mark was in the original Australian cast of Mary Poppins (Disney Theatricals), covering the role of Bert, which he performed many times. Mark played Don in A Chorus Line (TLM) and was featured in Opera Australia’s renowned production of South Pacific, covering the role of Billis. His other professional musical theatre credits include: Chitty Chitty Bang Bang (TML), The Producers, Gypsy, Dirty Rotten Scoundrels (TPC) and the Australian tour of Eurobeat (QPAC).

In 2014 Mark was accepted into the prestigious three-year BFA (Acting) course at NIDA, choosing to take a hiatus from his successful career in order to further develop his skills as an actor.