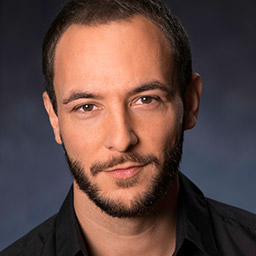 Louis was born in Carcassonne in the south of France to an English mother and a French/Spanish father. His interest in the Visual Arts was first sparked at a very young age by the multicultural diversity of European cinema.

In his early twenties Louis worked between London and Paris as a painter and photographer after graduating from the Norwich University of the Arts in England. Following his artistic development he was accepted into the prestigious acting course La Classe Libre of the Cours Florent in Paris where he grew as an actor/director; his first feature film Vipercops premiered at the Cannes Film festival and released internationally before Louis took off. While travelling around the globe he gained a world of experience in search of himself through others. His last stop brought him to Australia, where he fell in love with Sydney and successfully auditioned for NIDA.

During his time at NIDA, Louis has embraced his creativity as both an actor and director. He believes in developing new Australian works and stories as he collaborated with Stephen Sewell and Jim Sharman; he appeared in his first Australian cinematographic lead role in Why Would I Lie, co-staring Natalie Bassingthwaighte, which was selected as part of the 2016 Tropfest Official Selection.

Louis strongly believes in the expansion of a diverse and multicultural 'Septième Art' in Australia and beyond.