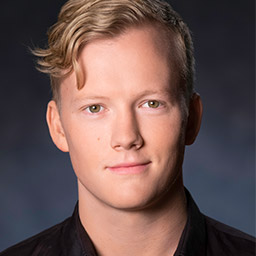 Joseph grew up in Townsville, North Queensland. Much of his childhood was spent playing with his elder brother, making stories and short films amongst mountains of Lego. Throughout his secondary schooling he was a keen sportsman and student with a passion for theatre and film. Following secondary school Joseph worked with local theatre company, TheatreiNQ, taking every opportunity to develop his creative passions.

On being accepted into NIDA in 2014 he was reunited with his brother to continue together on their artistic paths. The training has enthused and developed his interest and skills in storytelling, something that Joseph wants to follow with great determination. While studying at NIDA Joseph has been inspired by all forms or art and is excited about continuing his journey in the creative world.