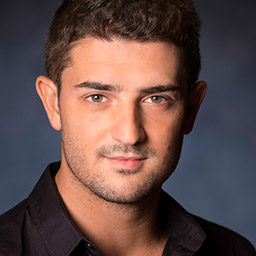 Danny was born in Melbourne to Italian-Australian parents. During high school he developed an interest in filmmaking and literature as well as being a committed martial artist competing at a national level.

Upon finishing high school, he studied a Bachelor of Arts at the University of Melbourne where he became involved in student theatre; performing in plays as well as producing and directing his own work. He subsequently formed an independent theatre company and produced two new Australian works; The Apartment and Narcissus (Melbourne Fringe Festival) before being accepted into the 2014 NIDA intake.

Danny, along with some of his peers, recently formed the collective LOT5. With the generous support of bAKEHOUSE Theatre, he will direct a one week-development and showing of a new Australian work in January 2017 at Kings Cross Theatre.