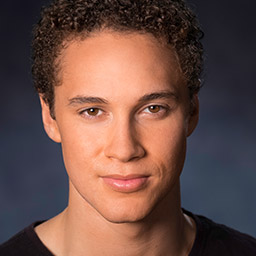 Callan was raised by the beach in Perth, Western Australia and is of English and African descent. By the age of 17 he was on full scholarship studying as the leading Geology and Commerce undergraduate and standout athlete of his freshman year.

During his time travelling Callan discovered more about his mixed heritage and where his interests truly lay. His desire to pursue more creative endeavours prompted him to forgo his studies in pursuit of his love for music, dance and storytelling.

Upon returning to Australia in 2014 Callan was offered a place at NIDA with a major in physical theatre.

Callan has been involved in the creation of numerous original theatrical works including Stephen Sewell’s The Olympians in 2016 and upon graduation will commence further projects locally and abroad.

He aims to farther develop his professional presence in Australia before travelling to London and New York for further work, refinement and fortification of his performance.