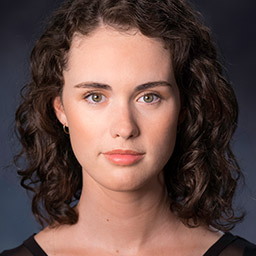 Annie grew up in a musical household in Melbourne. During her time at school she participated in Melbourne-based summer program Starbound and performed all over the world with the Young Voices of Melbourne, singing at events such as the Opening Ceremony of The Commonwealth Games in Melbourne in 2006. While at school, she took part in the productions and studied both Music and Theatre in her VCE graduating year.

After finishing high school, Annie joined the Nuwork Theatre Company and was offered the role of Ophelia for their international tour but was simultaneously offered the VCA Music Theatre Foundation course. After completing her VCA course, Annie returned to her passion for music, writing and performing her own work in Melbourne whilst assisting for the annual State Music Camp.

NIDA has afforded Annie the opportunity to combine her musical ability with her wider range as an actor.