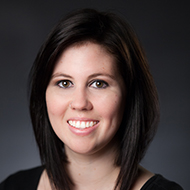 Katie came to NIDA from a background in theatre as an actor, director and designer. She completed a Bachelor of Theatre Studies at the University of New England (2010). In 2011, she moved to Brisbane where she worked with Zen Zen Zo Physical Theatre as a director, designer and performer. This led her to working on her first puppetry show, The Flying Orchestra, where she discovered her passion for both puppet making and puppeteering.

During her time at NIDA, Katie has developed her skills as a maker, working on a variety of projects and NIDA productions. Her favourite project was designing, making and puppeteering her own puppet for the annual Props 2 puppet show. Katie spent her summer holidays working in the props and scenic department on her first feature film Pirates of the Caribbean: Dead Men Tell No Tales.

At the end of the year Katie will be heading to Wales to undertake an industry placement on her first stop motion animation film.