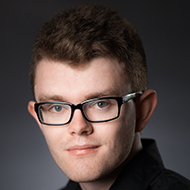 Timothy has been involved in the creative arts since he was very young, attending drama classes when he was in primary school. From there, he tried his hand at anything and everything the performing arts world could offer and it was through this initial love of the stage that Tim first found the technical and production side of theatre.

After beginning a degree in Media at UTS, Timothy came to NIDA to further enrich and develop his skills as a production manager. One of Timothy’s personal highlights from his time at NIDA has been working on projects where he has had the freedom to explore new ideas and step outside his comfort zone. Earlier in 2015, Timothy undertook the role of Lighting Designer for Kim Carpenter’s production of A Dream Play. Although this was one of the most challenging experiences during his time at NIDA, the synthesis of creative and technical practice within the Lighting Designer role was incredibly exciting.

Timothy’s secondments with Sydney Festival, Moomba Festival and Melbourne Theatre Company have given him the opportunity to experience working with industry-leading companies around Australia. It is these experiences that have solidified his training at NIDA, whilst allowing him to continue working towards his goal of being part of an Olympic Ceremony production team.