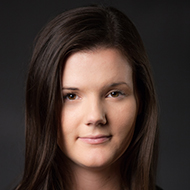 Before undertaking study at NIDA, Isabel completed a Bachelor in Media at UNSW in 2012. During this time she pursued her passion for theatre and the arts through UNSW’s theatrical society and various design-focused courses.

Earlier this year, Isabel designed the set and costumes for Caryl Churchill’s adaptation of Strindberg’s A Dream Play directed by Kim Carpenter. In 2014, Isabel designed the set and costumes for Little Bitch, a devised piece directed by Katie Cawthorne. She was also the production and costume designer for Julia Why?’s music video Just One Night for triple j Unearthed, as well as being part of the team that designed EXPONIDA for 2014/2015. During this time Isabel has also worked as model maker on various productions.

Isabel is a recipient of the 2015 William Fletcher Foundation Tertiary Grant for emerging artists. She is currently realising her design for Top Girls, directed by Susanna Dowling as well as designing Love and Honour and Pride and Pity and Compassion and Sacrifice, directed by Priscilla Jackman for the NIDA Directors’ Productions.