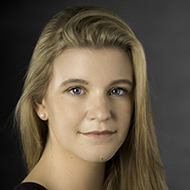 Shannon was born in Canberra. Throughout school she pursued multiple passions including singing, dancing and violin. In college, she became interested in working on classical texts, performing Helena in A Midsummer Night’s Dream and Viola in Twelfth Night.

Leaving school in 2008, Shannon attended the Australian National University, where she completed a Bachelor of Arts, majoring in Linguistics and Theatre Studies. In 2011, she finished her degree with a six month exchange with Auckland University, New Zealand. At university, Shannon’s interests broadened to include politics and journalism and in 2012, she undertook an honours year dedicated to examining political theatre. During this year, she directed Eyes to the Floor by Alana Valentine, and she completed an honours thesis entitled Catharsis for the Oppressed, examining the political and theatrical work of Augusto Boal, receiving First Class Honours for her work.

Shannon performed in numerous productions in Canberra while at university including, Blood Wedding (NUTS), Love’s Labour’s Lost (NUTS), Woyzeck (NUTS), The Removalists (Free-Rain Theatre Company) and a six month internship with Canberra Youth Theatre on Retrieval, an interactive theatre installation at the National Library of Australia. At the end of her honours year, Shannon was thrilled to be accepted to study at NIDA.