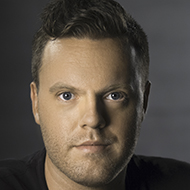 Guy is a Sydney based actor who grew up in Adelaide. After two years at the Flinders Drama Centre, he worked professionally with many local theatre companies. He has toured frequently, in regional South Australia and internationally. His work has been twice nominated for Best Emerging Artist (Adelaide Critics Circle Awards), and for Best Actor (Adelaide Fringe Awards).

Most recently, Guy appeared in the Australian thriller One Eyed Girl, winner of the Austin Film Festival’s Dark Matters Best Film Award. He has appeared in ABC’s Prank Patrol as well as in numerous corporate videos and television commercials. He enjoys drawing and playing music (piano, violin and voice). Guy will be appearing in Tartuffe at the State Theatre Company of South Australia in 2016.