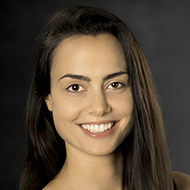 Emily grew up in Melbourne. After high school she moved to New York for the Atlantic Acting School’s two and a half years conservatory program. As well as studying, Emily taught acting and improvisation, and performed in various off-off- Broadway projects.

Whilst in the US she also had the opportunity to work as a teaching assistant to Kelly Maurer, a founding member of SITI Company. After graduating from Atlantic, Emily spent time getting to know LA, took extra film classes, and formed Crashbox Theatre Company in New York with her Atlantic ensemble.

Emily has since fulfilled dreams of traveling around Europe and training in physical theatre in Japan. More recently, she has enjoyed extending her yoga practice and creating work for the NIDA Student Festival. She is very excited by the prospect of generating new film and theatre work when she graduates from NIDA this year.