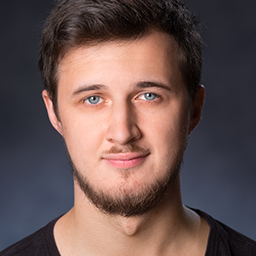 Shae Riches attended Griffith University where he earned the degree of Bachelor of Arts (Contemporary and Applied Theatre).

While at university he became truly fascinated with the stories that history holds: the great rise and fall of civilisations, larger-than-life leaders striving for the betterment of their people. During this time he began writing his first play, Alexander. The work is a modern retelling of Alexander the Great’s origins, casting Alexander as a member of his father’s Australian bikie gang. He went on to direct the work as part of the Anywhere Theatre Festival (2014) in Brisbane.

The theatre bug pushed Shae to create his next play, John Smith, a play about an everyday twenty-something experiencing dissociation with society, whilst struggling to find meaning and purpose. John Smith was developed over two years, through a public script reading in 2014 to a full mixed-media performance as part of the Festival of Australian Student Theatre in 2015.

Shae also engaged in numerous devised theatre pieces – at university and independently – in the roles of director, producer, writer and performer. He is now looking to expand into film and television.

Shae strives to create work that challenges our polity and our pre-conceived notions of what society should be and where we fit within it.