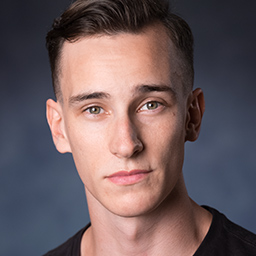 Joseph is a theatre maker from Armidale, NSW. He realised he loved writing at the age of seven when he wrote a story about a monster who was afraid of the dark. The teacher said it was ‘good’ – a review he’ll hold onto forever.

Like most extroverted teenagers, Joseph loved acting and drama, and in 2010 was selected to perform at the HSC drama showcase, OnStage. From there Joseph pursued performing for several years, before making the move to Melbourne to study a Bachelor of Performing Arts at Monash University. While there, Joseph performed in student productions and was heavily involved with the Monash Uni Student Theatre (MUST). In 2014 Joseph’s first play, Tuck in the Corners, which he also directed, played for two successful seasons. Joseph then co-founded the independent theatre company Paper Crown Theatre which produced his second play, You Walk Away. The play, which he also directed, played to crowds at the Melbourne Fringe Festival. Both productions earned Joseph the sometimes loved moniker of ‘The Break-up Guy’ from his peers.

Joseph’s work tends to focus on the intimate, often exploring human relationships in their complexity. He has a fascination with the concept of home and how places influence who we are and who we want to be.

Joseph hopes to one day return to the monster story: he knows it’s ‘good’, but he thinks it can be ‘better’.