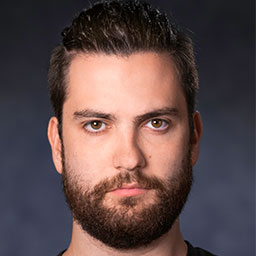 Before NIDA, Nick studied a Bachelor of Performing Arts at Monash University in Melbourne where he designed the set and lighting for a number of independent productions around Melbourne.

Since then he has worked as the Lead Event Designer for the NIDA Foundation Trust GALA–B–QUE and the NIDA Graduate School official opening event. Nick assisted Emma Valente (The Rabble) on their 2014 production of Cain and Abel at Belvoir St Theatre. He has also assisted designer Nick Schlieper on productions in Perth, Sydney and Melbourne as part of his secondment working on shows such as Twelfth Night (Belvoir St Theatre); The Elixir of Love (WA Opera/Opera Australia); and The Fiery Maze (Malthouse Theatre). Nick was also the Assistant Lighting Designer on Speak Percussion’s The Black of the Star for Melbourne Festival in 2013.

Nick’s interest lies in the collision of set, costume and lighting design and how these design practices can inform and converse with each other in the creation of a work.