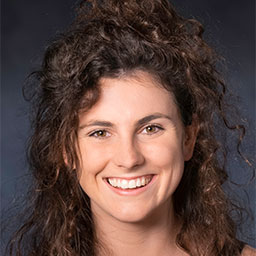 Charlotte’s practice investigates the boundaries between theatre, film and visual art. She also likes talking to strangers. Prior to NIDA, Charlotte studied Theatre and Fine Art at the Queensland Academy of Creative Industries where she received a CIVA: Creative Innovation Vision Award, for her multidisciplinary art-making approach.

She has created and designed for Charlie (2013, Brisbane Emerging Art Festival), Submerge (2013, Terra Nemo Theatre Company), The Lost Thing (2013, Zen Zen Zo), and One of the Good Ones (2016, The Red Rattler). Her latest film work includes production design for the 2016 Tropfest finalist short film Why Would I Lie, as well as two music videos for triple J Unearthed: Grow Up by Nastaij and Vampires by Myd Air.

Charlotte recently collaborated on an installation Rats in the Walls, and performance work Tribes, at the Prague Quadrennial for Performance Design and Space. Her practice is driven by the ephemeral quality of transient experiences; a philosophy that feeds into her obsession with the imperfect, the unpredictable, and the mundanity of day-to-day life.