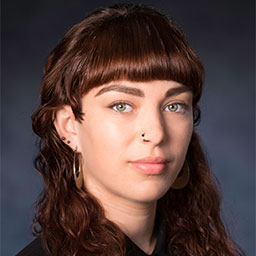 From then on her passion has rested in site-specific immersive theatre, going on to design costumes for Through the Looking Glass the 40th Anniversary Production for Canberra Youth Theatre, and 35° 17 South with Canberra Youth Theatre performed in the National Gallery of Australia’s Sculpture Garden.

While studying at NIDA, Ara has developed a keen interest in film. She co-designed the winning music videos for the 2015 triple j Unearthed competition: Polish Club’s Did Somebody Tell Me and the production design for Rival Fire’s RIOT; in addition to the 2016 triple j Unearthed winner, Daniel Trakell’s All We Do. On her overseas secondment with Quantum Theatre, Ara worked as a Construction Hand on an outdoor set being built in the Rose Gardens at Melon Park, and Costume Assistant on a contemporary adaption of Lope De Vaga’s, Peribañez, directed by Megan Monaghan Rivas and co-director Tlaloc Rivas.